A Federal Court judge has struck down federal regulations restricting the rights of medical marijuana patients to grow their own cannabis and given the Liberal government six months to come up with new rules.

Judge Michael Phelan ruled Wednesday in Vancouver that the Marijuana for Medical Purposes Regulations were an infringement on charter rights and declared they have no force and effect.

But the judge also suspended his declaration for six months to give the federal government time to come up with new rules.

The judge was careful to point out that the ruling does not change other laws that make it illegal for Canadians to use marijuana recreationally.

The judge also ordered that an earlier injunction remains in effect, allowing thousands of Canadians with prior authorization to use medical marijuana to continue to grow it at home.

'Some fell through the cracks'

Lawyer John Conroy, who co-represented the plaintiffs in the case, noted the ruling did not automatically include all medical marijuana users.

He said the ruling applied only to about 28,000 Canadians who had the proper licences in place at the time of the injunction.

And he noted there remain thousands of other medical users not covered by the original injunction, who will still have to wait six months to legally grow their own medical marijuana themselves.

"We will be heading back to court to fine-tune that injunction," said Conroy on Wednesday afternoon in Vancouver.

In addition, many people who had to change the address of their production site no longer have valid licences registered with Health Canada, and that issue needs to be addressed, he said.

He also cautioned users who have possession licences to make sure they are updated.

"Hopefully within six months we'll have a reasonably regulated system in place that solves the problems for everyone," he said.

Conroy noted that if Prime Minister Justin Trudeau wanted to move quickly on the issue, cabinet could simply issue an order-in-council that would remove marijuana from Schedule 2 of the Controlled Drugs and Substances Act.

"The next fight is making sure the dispensaries are legal," he said.

'It was a complete victory'

Lawyer Kirk Tousaw, the co-counsel for Neil Allard, who launched the court challenge, was clearly pleased with the decision.

"Basically we won, and it was a complete victory," said Tousaw, shortly after reading the decision. "[The Marijuana for Medical Purposes Regulations] were declared to be unconstitutional and violate the charter rights of medical cannabis patients." 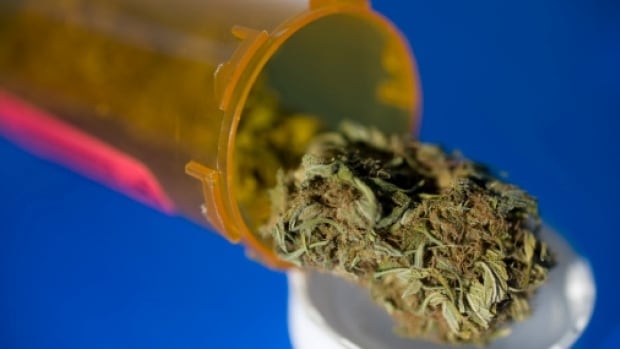 A Federal Court threw out a ban Wednesday on medical marijuana users growing their own supply. (Getty Images)

Tousaw said it will now be up to the Liberal government to come up with new rules.

"The ball is in the federal government's court. Mr. Trudeau and the justice minister have six months to respond to the court's ruling and come up with a system of medical cannabis regulation in this country that doesn't impact and negatively take away the charter rights of medical cannabis patients and their providers."

He believes the ruling will have implications for those who wish to grow their own pot for recreational use.

"We proved that growing medical cannabis can be perfectly safe, and can be done completely in compliance with the law and people ought to have a right to do that without fear of being arrested and locked in cages for that activity."

The federal Liberal government has committed to regulating and legalizing recreational marijuana but has yet to introduce any legislation.

In his decision, the judge noted that "many 'expert' witnesses were so imbued with a belief for or against marijuana — almost a religious fervour — that the court had to approach such evidence with a significant degree of caution and skepticism."

In particular, he called one RCMP witness for the Crown, Cpl. Shane Homequist, "the most egregious example of the so-called expert.

"He possessed none of the qualifications of usual expert witnesses. His assumptions and analysis were shown to be flawed. His methodologies were not shown to be accepted by those working in his field. The factual basis of his various options was uncovered as inaccurate," he wrote.

"I can give this evidence little or no weight," the judge concluded.

Phelan also dismissed many of the federal government's arguments concerning the risks home grow-ops could pose to homes, noting mould, fire, break-ins and insurance concerns can be addressed within existing laws and regulations.

He found the rules which "limited a patient to a single government-approved contractor and eliminated the ability to grow one's own marijuana or choose one's own supplier" were an untenable restriction on the plaintiffs' liberties.

The Marijuana for Medical Purposes Regulations were introduced by the Conservative government in 2013 and required patients to buy cannabis from licensed producers instead of growing their own. 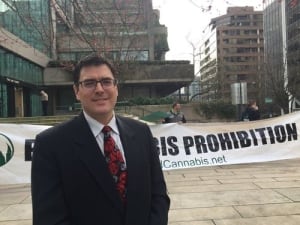 The constitutional challenge was launched by Nanaimo, B.C., resident Neil Allard and three other British Columbia residents who argued that legislation introduced by the previous Conservative government violated their charter rights.

Judge Phelan heard the case between February and May 2015 in Vancouver. During the hearings, federal government lawyers argued that the regulations ensured patients have a supply of safe medical marijuana while protecting the public from the potential ills of grow-operations in patients' homes.

The lead counsel for the plaintiffs, John Conroy, told court that the legislation has robbed patients of affordable access to medicine. Some people were left with no choice but to break the law, he argued, either by continuing to grow their own or by purchasing on the black market.